Weymouth rocks Again !! love starting a piece with that as the fishing was awesome yet again.On board Flamer IV skipper owner Colin Penny very experienced bubbly chap who is very proud of his well presented boat with ample deck space and secure centre area for all the kit, nice feature so no tripping hazards in the fishing area’s. Plenty of hot tea and fully supported by his mate Andy Collings. I was on the boat filming and lure testing and the crew a group of Welsh lads and some English guys all experienced anglers who were happy to give my new lures a good trial. Conditions good winds light and sun doing it’s best to shine on us. On the wreck by 0830hrs and fishing with camera rolling and first drop capturing the rods bending as they hit the Cod, crew used their own favoured lures to start with and put fish in the boxes before mine came out to play. Classic situation one of the English lads beavering away with different lures but no fish after a few drifts so I thought prime candidate to try my new awesome eels. One went a 7″ two tone blue and guess what ?? BANG straight in, next drop BANG and that continued through the day with him working his way through the colours and some of my other designs so he was a happy chappy and so was I. Others saw the results and started to change over to give them a go with plenty of fish taken on them. As the session came to a close just time for a spot of Ling bashing and even they came out to play with best just tipping the scales a tad over 20lbs. Great day good banter and plenty of fish plus new lures well and truly tried and tested, these images taken from the video shot and once edited will be on my YouTube channel. 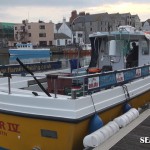 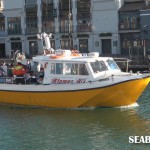 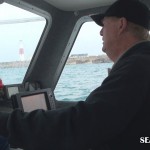 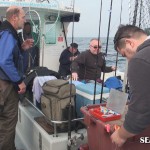 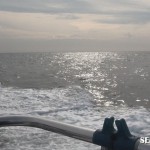 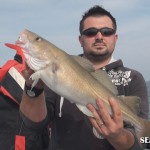 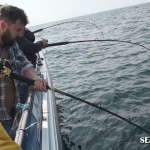 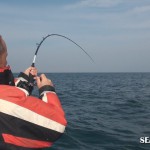 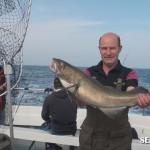 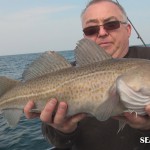 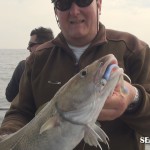 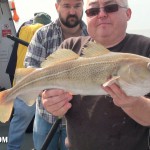 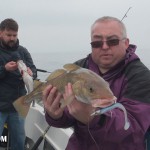 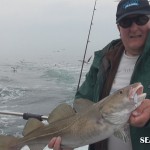 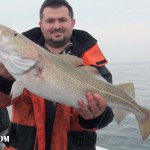 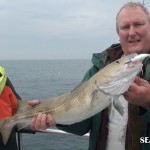 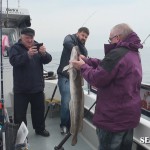 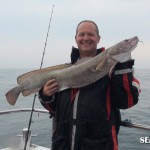 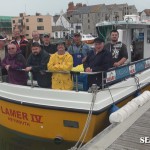