Decided to book a trip out of Weymouth, haven’t been there for years so thought I would give it a try. Singles day place on board the Katie Anne with Paul Davis. Never fished with him before but he sounded cool so went with it.

On board and grabbed my usual positition up front portside there where only 8 of us so loads of room on the Katie Anne as it’s a new modern catamaran so can fish virtually all round. Getting tackled up I had a new Rod and Reel to test out, The Charter Boat Rod and the Vantage 300 you can see them here and there is a video review on them too.

So 2.5 hours steaming and where on the wreck, I rigged up with a Scaly Fish pirk onto a Lumi Trace the 40lb size 1/0 as I new if there where decent fish on the wreck I would need that size. Braid on the reel was loaded 45lb breaking strain. First drift to feel the wreck, second drift straight into an 8lb cod, lost the pirk on the next drift caught the wreck so added one of my Nordic Pirks 14oz with the white wobble tails on the treble. Bang another cod around 10lb this time.

This 18 pound plus cod I took on about the sixth drift and I had changed from a Pirk to one of my Raging Shad Rattlers  again with the Lumi trace they appear to like to see what they’re eating so the glow off the Lumi tube is just right. Had a total; of 8 fish that day and Paul filleted them all on the way back to port. So for an off the cuff trip with a new skipper what more could you ask for “Same again next trip skipper” and he did tell you about that one next. 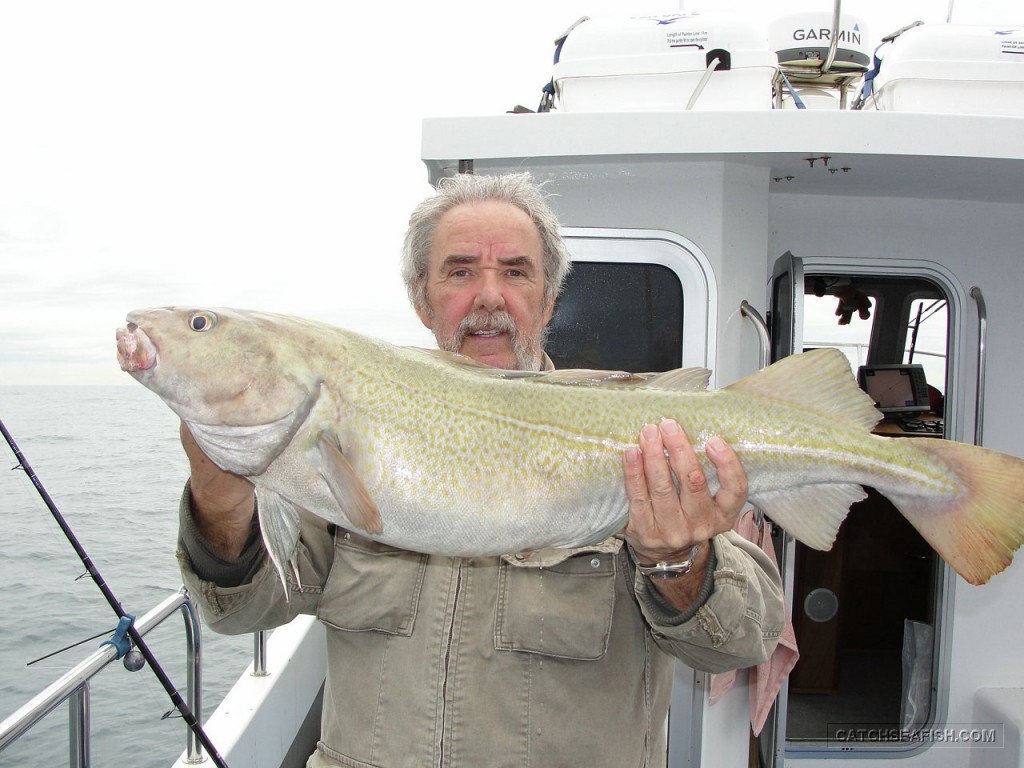