Well after the first cod trip and sending my son Andy copy of the picture of the 18 pounder he just had to have some and there was still cod on the wrecks so booked two places on another singles day with Paul on the Katie Anne.

Grabbed our usual spots portside 1 and 2 and rigged with a Pirk on mine with a lumi glow in the gold muppet and Andy went with a Roo Barb colour Raging Rattle Shad as that was what I had my 18 pounder on, didn’t want him not to have an advantage.

First drift I shout Fish On and it was a cod about 7lb, next drift Fish On and now everyone is cursing me as another cod this time about 11lb comes aboard, but it gets better. Next drift and Andy shouts Fish On and as his rod doubled over he looked at me with fear on his face and then a smile ! he thought he had the wreck to start with. He soon realised it was a fish as the wrecks don’t jiggle about like a big cod does.

Took him about 10 minutes of pumping and he had colour and the signs of a good cod. Still no fish from the others by this time and they where asking the questions of what we are you using, A’in’t telling ya we both screamed or we will need to kill you, laughing.

Cod was in the net and it was a good one, scales out and it weighed in at 18.6lbs just over mine so my son is on a high now as he has outfished the old man. Look at the picture, enjoy the fish but look at the expression of the bloke behind, says it all really. We had 12 good fish that trip and apart from two others on the boat who fished well with pirks and shads that was it. 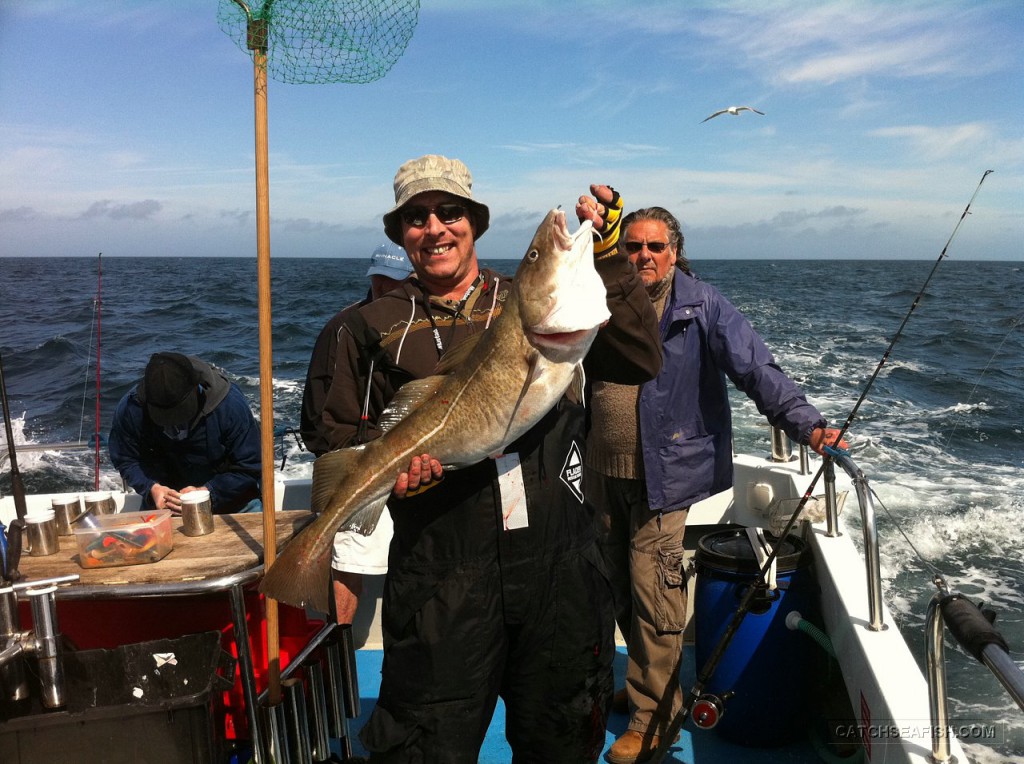