A good joint effort by myself abd Paul Stevens we arrived at a supersize lure that has not only taken good sized fish to near 60lb but has also remained durable through a number of takes and landings. Here is Paul’s report back on how the Big Daddy lures and new bomber versions fished in Soroya and images of a few of the quality fish taken with them.

After speaking to Allan Yates owner of www.Seabooms.com, we both came up with some lures for me to trial out on the world famous Island of Soroya, Northern Norway home to the world record Cod.

The lures we had decided on were around 40cm long with the most amazing looking tails. We also included a separate ring on the bottom of the lures so we could attach a stinger hook. When I first saw these lures I could imagine the Cod getting very turned on by the action of the tails therefore just attacking the tails, so we both thought it would be good idea of the option of attaching a stinger hook.

When it came to trialling these lures my first attempt was with out the stinger and even though I did hook lots of fish it was difficult to get the bite to landed fish ratio high enough not to use the stinger. I would be getting huge bangs from the Cod, they were hooked but then with a couple of head shakes they managed to free themselves and I really don’t know how because the single hook was razor sharp and of a good quality, but they did.

So with the lure losing a few fish with out the stinger, it was time to make full use of the lures extra ring and attached a good sized Owner treble as an extra point of contact and was sure that the Cod would not get away this time.

Also I forgot to mention that these lures went through the water columns at a huge rate of knots, much faster than all the other lures meaning you get to the fish first.

So with the attached stinger treble this lure proved to be very effective and managed some very good results. Even when the Cod had gone off the feed and all other lures were not working, the tail action on this lure just turned the fish on and they could not resist.

The tails of this lure stood up to some pretty punishing action and stayed in one piece which both myself and Allan were a little concerned about, but to my surprise I managed to catch lots of fish before sadly had to retire it for another one.

We took Cod to just short of 60Lb’s on this lure and I can not thank Allan enough for producing yet another quality lure for me to trial out in Norway. We are currently working on something for my next trip where we will be targeting Halibut so hopefully if the trials go as well as this we may be standing here in the next few months with a record on our hands!!

Thanks Allan and tight lines

Images of the trial lures shipped over and some of the great fish caught with them, the Big Daddy lure was a pure prototype and will now be added to my range. 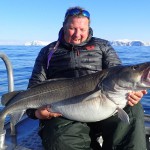 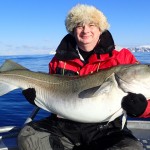 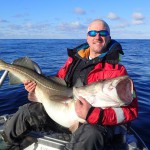 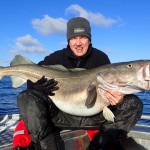 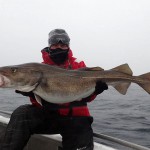 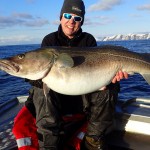 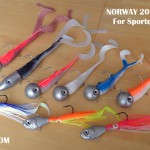