Well today was a good day in fact it was an awesome day out on Glen Cairns Valkyrie 6 past mid channel wrecking, as it’s well known Glen always goes the extra mile to give his anglers a good day, well today that extra mile was close to 50 out of Hayling Island to find and anchor on some quality wrecks. Weather as the images show was like a summers day and many ended up in shorts and T shirts, sunrise was magnificent and it shone on us all day with just a very slight breeze. So what was the fishing like ? incredible ! first wreck produced Ling, congers some good sizes and Pollock, we anchored and drifted the wreck and a variety of baits were used and lures. As tides changed so did the fishing and time for a move to a second wreck and again we were all into some good fish including good sized Black Bream plus Cod and I managed another double figure Pollock on one of my Turbo Supercharger eels small size. The crew, some I had fished with before and good to meet new faces with a father and son team Alan and Alex what can only be described as competitive and the banta ! was priceless The sweet jar was well and truly raided too thanks to Dave who also looked after the teas and coffee. Full 12hrs wrecking 1st class trip couldn’t have asked for more. Some images from the day which confirms how good it was 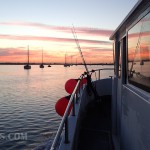 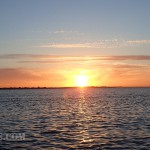 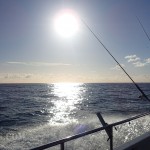 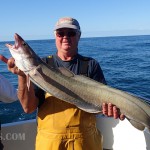 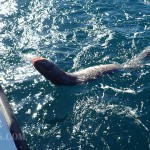 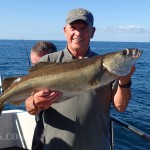 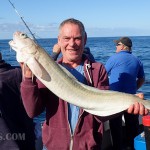 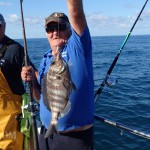 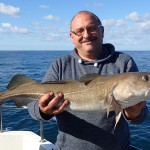 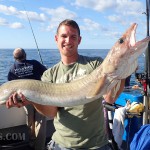 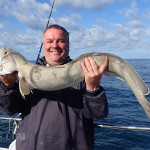 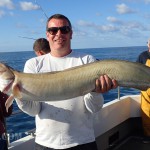 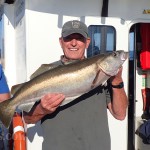 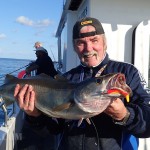