Fishing is always a good day and today was an exceptionally good day out of Weymouth on board Wild Frontier II with skipper Clem Carter and a crew of dedicated anglers all but one I’ve fished with before so if we find the fish these chaps will do the business. Lousy drive down in the early hours due to heavy fog and steaming out to the first wreck the channel was a tad misty but calm and no winds. By the time we arrived on the first mark the sun was making an appearance and with the first drift fish were on so it was all starting to look rather like a good day. Some real clonkers were arriving on board and many double figure fish were taken using a variety of lures in various colours with the favourites, blue white, pearl white and rhubarbs leading the pack. We stayed on one wreck all day with fish on every drift and even as the tide slackened they still where on the take with various full house drifts. Plenty of fish for the freezers, plenty of practice for me ready for Norway next week and even caught some sun. If you could pre order your days fishing and weather to suit this would be what you would be asking for it doesn’t get any better than this. These images are a full house every angler on the boat with a fish and even The Poser !! Clem Carter got in on the act with a real fat girl and why not he found the fish for us on every drift thanks to GPS and a skipper who knows how to use it. I was even treated to a glorious sunset over the marina eating my fish and chips BLISS… Weymouth Rocks AGAIN !! I’ll add a PS to this skipper Clem Carter filleted and prepped all the catch on the way in as the auto pilot well Deano sat in the hot seat ! PMSL 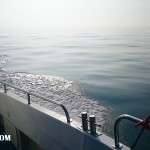 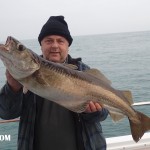 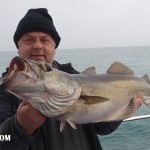 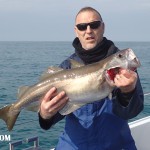 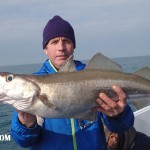 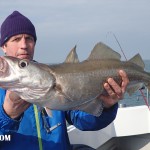 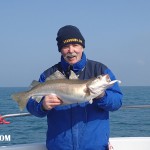 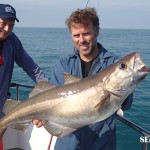 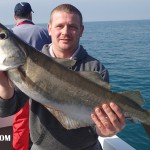 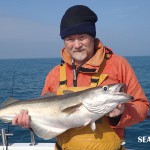 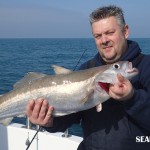 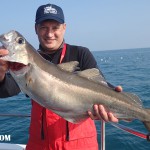 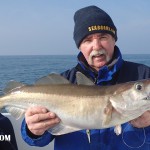 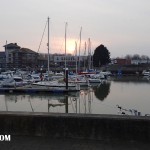