Fishing Weymouth with Al’s Spirit skippered by Adrian Brown and organised by Neil Wittig leader of the Southampton Boys angling club proved to be an interesting day both with the weather and the fishing. To start with en route to Weymouth and dropping down into the town the whole sky was lit up with lightning and then the heavy rain kicked off not a good start I’m thinking. Leaving the port saw a clearing sky and the sun making an appearance but the XC forecast wasn’t quite right and as we headed towards the Bill the winds picked up and the swell got extremely bumpy with the boat slamming into the waves Hmmmm not nice !! We tried drifting for the Bream using squid strips on light gear but they too had clearly taken flight after the recent stormy days and today wasn’t much better so no takers. A squall came at us from the SW and the winds increased so did the seas but the intrepid anglers battled on and we even saw a twister developing up in the clouds and a double rainbow with the end marking were the fish were I wondered ! No bream so off to the races (this should be fun) to find the Bass. First drop with one of my silver sparkler whiptail sardines straight into a Bass so first fish to Moi on my lures, plenty more Bass taken over a short window as the tide dropped away so did the fish. Onto the Plaice and like the Bream they just weren’t about and with the weather improving and the sun coming out final last ditch attempt at finding some Turbot and the species hunt started. In the end we had, Bream taken on a Plaice rig, Turbot, Bass, a gilt head bream which I’d never seen before, dogs, and I had a PB tub gurnard taken on a mackeral side plus the biggest fish on the day another Turbot to add to my others taken on the Shambles bank. Fishing was hard, weather and wiinds were hard and they said “Come Fishing You’ll Enjoy It” but yes it was a good day with plenty of banter and Dave Cox getting his first Turbot so looking forward to hitting the Bass in November, many of the smaller fish returned to fight another day but we did have fish to take home too. I also gave my new Sony Xperia Z3 phone camera an outing and enjoyed snapping away and these images will also show just what the day was like so another … Result all round 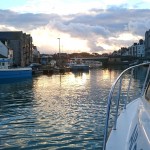 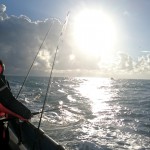 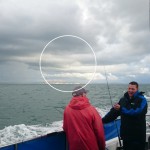 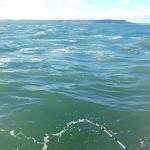 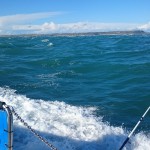 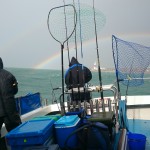 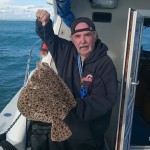 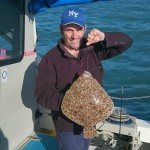 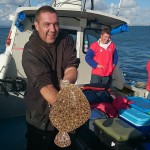 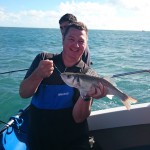 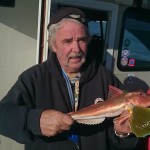