Out Turbot fishing last week on the banks from Weymouth and I wasn’t lucky enough to hit the big ones but heyho I am still dribbling over the large one I caught last year so any new catches are a bonus for me.

There was a lad on the boat who had traveled down from Manchester (5hrs driving) to fish on the Katie Ann out of Weymouth. Take into account he has fished for many years and never caught a flatty let alone specimen Turbot like he landed on that day.

Taken on large live Launce and smaller sand eels you can see the action on the video which luckily I had taken the camera with me to try and get some Turbot stock footage for projects and my blog of course so I can share it.

I get as much pleasure seeing others catch fish as well as I do when I get into them, so you will see this trip was very pleasurable for a couple of anglers and one other was a little pissed off as he has fished for many, many years and never caught a Turbot so all the Beeps on the video are to take out his frustrations as the catcher was stood next him too !! Great day good crew and some class fish plus the sun shone all day, you can’t ask for much better can you.

Just a week before our trip the British record was nearly broken with a 30lb plus Turbot taken on the same banks drifting with fish baits and live eels so Weymouth is producing some good catches and especially Paul Davies the skipper/owner of the Katie Ann.

One of our crew enjoyed his first turbot trip with us drifting the Shambles bank off Weymouth and this 10lb fish was taken on mackerel fillet, 6/0 wire hook on the drift

We had over 10 fish that day largest was this one with many over 6lb so another good day on board the Katie Anne with Paul Davies a great skipper that always works to put you on the fish, he did that day too ! 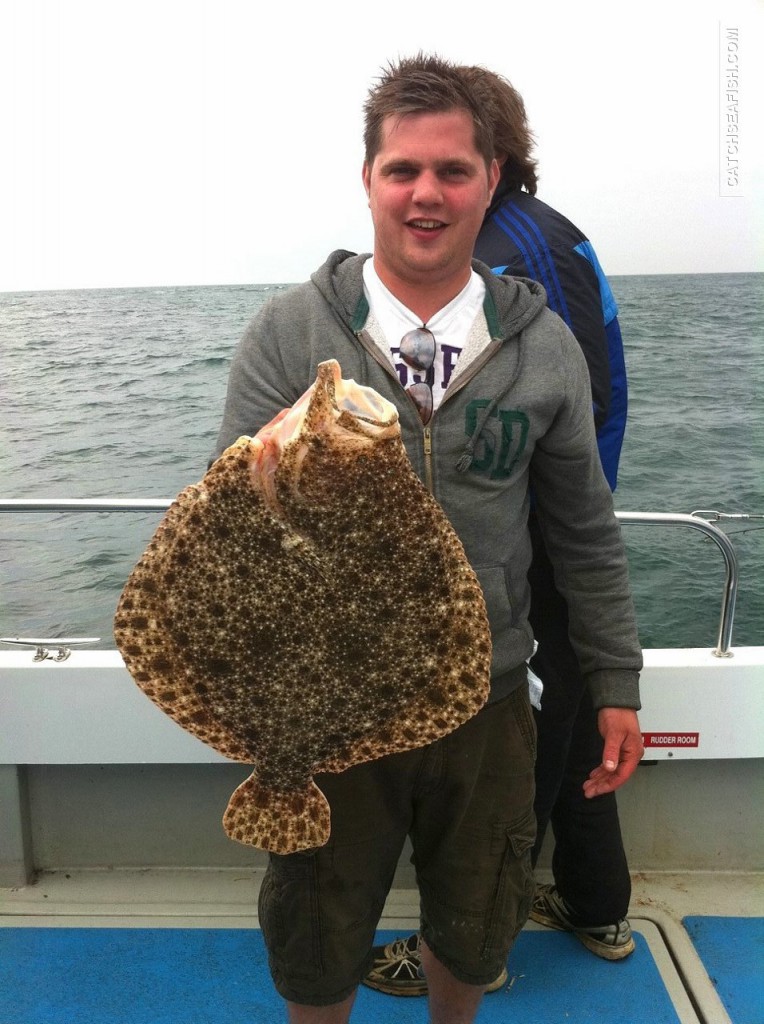 Quality and another good fish this year 2011 to add to my catch list. Captured on the Shables bank off Weymouth Dorset using a makerel fillet on a 6/0 Aberdeen hook and a standad sliding ledger. Great day in April on board the Rapid Fisher out of Poole Quay.

Boat is a fast cat that got us on the bank in less than 60 minutes after some feathering for fresh mackerel we started the drift and bang I was into this fish, gave a good account of itself but it was soon safely in the net and cool box. Only just finished eating it and was that good.

Three good turbot that day all in double figures and all on mackerel fillet. I am going to add a movie in the How to Fish page showing how I fillet the mackerel and attach it to the hook so it flutters naturally in the tides. 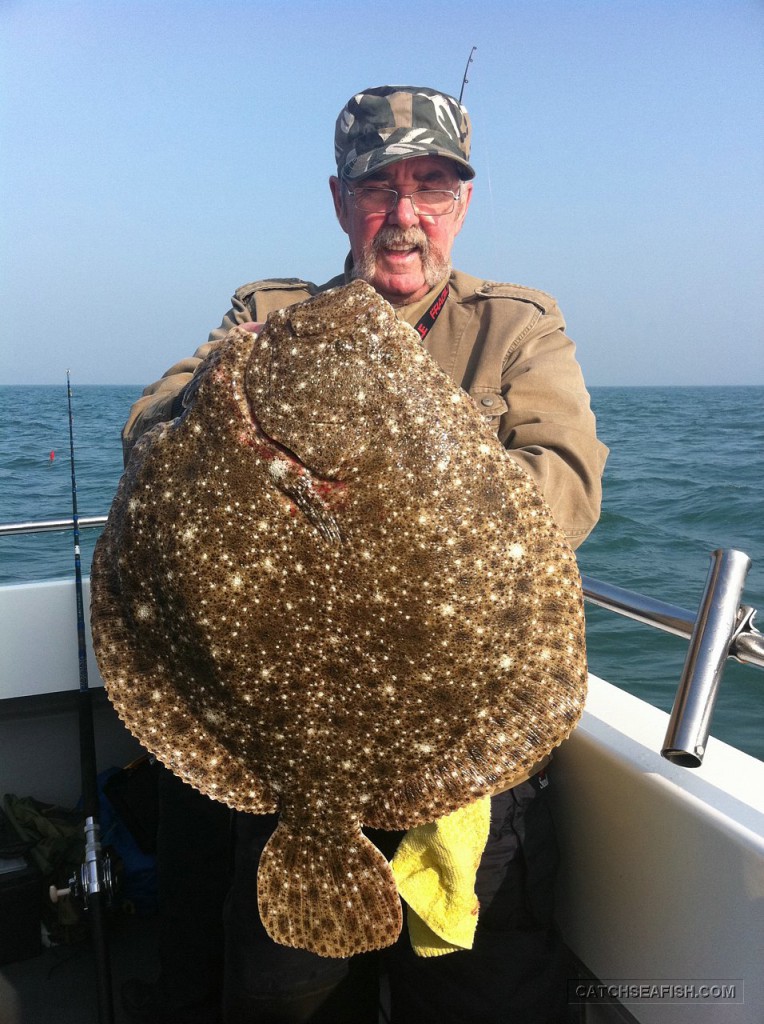